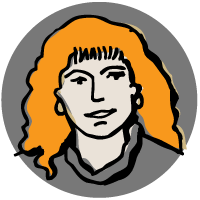 When it comes to creating a superior product, the quality of the supplies you are using is crucial to your success. I started thinking carefully about which supplies companies were using to create products a few years ago, and I learned a lot about the process. After evaluating a wide range of different businesses, I now consider myself an industrial equipment enthusiast, and I love to learn more about the process each and every day. This blog is all about creating a better product by working with the right suppliers, being careful with your processes, and avoiding manufacturing problems in the long haul.

Is Compostable Food Packaging All It's Cracked Up To Be?

The large amounts of food packaging used for takeout and portable dining have become a concern for most cities in the country, who are trying to manage landfill capacities and be less environmentally draining. Many cities have passed composting ordinances, in which residents can leave compostable goods in a separate pile from recyclables and trash, for curbside pickup. This has led many food establishments to switch to compostable packaging, but is that a switch that anyone really should make? It depends on how everyone in the chain of use treats the packaging.

There's no doubt that when handled properly, compostable packaging does reduce food waste. If the containers go into the compost pile, they're not going into the landfill. However, that relies on people actually composting. Someone in an urban apartment who does not have curbside composting pickup, and who does not keep a home compost bin around, might throw the items into the recycling bin instead or even into the trash. As biodegradable as the material is, if it's buried in the landfill, it won't degrade, and instead, it will fill up the landfill.

Another issue is that education about what exactly is compostable is not very clear in many cases. Maybe that napkin is, but is it still compostable if someone just blew their nose in it?

This can lead to people placing the wrong items in the wrong bins. If you run a restaurant that wants to use compostable packaging, for example, are you willing to dig through trash every night to pull out the compostable items? If you're not, then switching to compostables isn't that great an idea. Recyclables may be better for you because people have a better understanding about how to treat those.

The one real bright spot for compostable packaging is that the origins of the material are usually sustainable. Certain grasses and foods, like corn, are plentiful and easy to replace, making the manufacture of compostable packaging less stressful on the environment. That alone can be a reason to switch, so you show support for the industry.

Re-evaluate the packaging needs at your establishment to see whether compostable or recyclable is the way to go. You may also want to survey customers to see what they would prefer. That could also show you whether there is any confusion about compostables and how to dispose of them. For more information, contact a company like KNF FLEXPAK Corporation.